I’ve been hearing a lot about the Volt lately, including Toyota’s plans to release a plug-in car in 2010 as well, but I couldn’t resist posting this statement from GM’s Vice Chairman Robert Lutz.

Two or three years after the Volt is introduced, everybody will have something like it. We’d just like to be first for once.

“For once.” Classic. It’s good to see that some American car manufacturers might actually be catching on to the idea that people kind of like innovation. 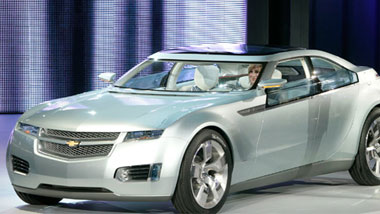 Image and original interview from Wired.com »