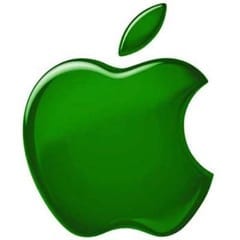 The boy Tristan, of this website’s famed Tristan Davidisms, has himself an iPod Touch. An expensive device, it was gifted to him by a loving grandma a few Xmases past, and while my personal opinions on the subject of video games and cell phones for kids lean directly towards how they should be as non-existent as possible, I find the little device to be a good balance for the boy and his oft-gypsaic lifestyle. He’s allowed one hour per day, broken up into four quarters, and he calls them out, “I’m taking my first fifteen, ok Dad?”

That gives him the chance to play a few rounds of mindless first person shooters, maybe a car chase or two, and Skype his family back East without tying up my own phone. It also makes buying gifts for him easy when the grandparents live some 15 states away: iTunes gift cards. And so he is free to browse iTunes and the App Store in search of music, movies and Mario.

The iPod has a pretty decent set of parental controls built into the thing, so I can restrict apps he purchases by age, movies by rating an music by whether it has explicit lyrics or not.

So thusly my surprise was in full bloom when I heard him listening to/watching the video of a song by Eminem and Rihanna where the one hobbit who was also on the Island with Charley from Party of Five beats up his girlfriend and then they have sex. I went to iTunes, and the track was indeed labeled Explicit and I was able to download it again…

I called Apple Support which produced no solution other than “resync/wipe and restore the device”.

Just a word of announcement to anyone as I was unable to find any more info about this anywhere on Apple’s site or elseweb.