Few people ask for Flash anymore, and it’s all but been completely eliminated from the web…I keep this page around to provide a little info to those who are still curious about it. 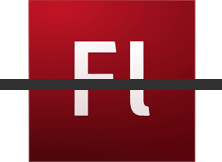 Flash is a proprietary software (as opposed to open-source) that is dependent on both users installing a browser plugin as well as their device supporting Flash in the first place. What does that all mean?

proprietary software
Software that is owned by a particular company, such as Adobe owns Flash, and does or can require a license to use.
open-source software
As opposed to proprietary, open-source software is free to use and modify, and made publicly available to anyone who would like to use it to do so (typically) however they choose.
browser plugin
Software that typically must be installed into a browser, as it does not come with that browser by default, resulting in a less than 100% market share. Users with a browser that doesn’t have the plugin installed will be prompted to install, or be unable to access the content that relies on the plugin.
device
In this case, anything from a laptop or desktop computer to mobile devices such as iPhone and iPad to other web-enabled systems such as Nintendo’s Wii or Apple TV.

Now that we’ve established the basics, let me explain in three simple points why I don’t use Flash on my clients’ sites.

But What if I Really want Flash?

Ok so you’re dead set on having some Flash on your site. My first question is going to be “Why?” I don’t do things “just because I wanted it”, I build websites that have purpose and produce results. If you can answer that “Why?” question successfully, I may consider it, but there isn’t really a whole lot that most sites need that can’t be done with alternative methods to Flash. So the bottom line, basically, is if you want Flash, you might want to look elsewhere. But if you want a website that looks good and works on as many devices as possible, well by all means, please do get in touch!