Your Site as a Communication Line 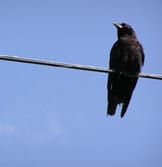 Old media–television, radio, newspapers–were strictly a one way channel. Businesses used advertisements to tell customers what the business wanted them to hear. Even the web, in its early days, followed this model.

Today’s Internet has revolutionized, and I don’t use that term lightly, our society as it has allowed not only individuals to become publishers (for better, or worse), but it’s given the customer the chance to drive the conversation. We can now tell Coke what we want from them, and when enough of us say it, they listen. Advertisers now want us to drive the conversation, even if they work hard to keep that conversation going the way they’d hoped.

Funny thing though, so many websites are still just trying to be a business card online. Slap up a picture of the CEO, some text and a phone number and hope it was worth the investment.

There’s nothing inherently wrong with that approach, except that you could be doing so much more. From simply integrating your social media feeds to your site and showing off hashtags of what others are saying about your company, to creating a simple (or full on) social media destination right on your own website, the possibilities for what we can come up with together for your site are endless.

Not everyone is going to have the time or resources to dedicate to these types of ideas, but every time I get a client who does, they take off and do spectacular things.

To make certain that this technology is implemented correctly, you’ll need to find a designer who is both technically proficient as well as an excellent communicator. One without the other is like a sandwich with only one slice of bread – the contents might be appealing, but it’ll never hold together.

Want to discuss it with a real person?