This post is outdated. You can read all about why I’ve switched back to Crossbrowsertesting.

I’ve been a big fan of CrossBrowserTesting.com for nearly three years. At the time I began using them, they were heads above older, clunkier VPN type services that allowed web designers to test our creations in browsers unavailable to us (that is, the growing number of us who build on a Mac but still need to support IE).

The service has been more or less wonderful, I fully admit and would easily and happily endorse the product to anyone who asked. Not that it’s been without it’s shortfalls. Every now and then this or that would quit working, or I’d need to change my VPN or they’d switch something around. Their support staff is absolutely amazing, and would get back to me immediately when I had any issues, as well as check back in with me over time. They’ve got a really useful bookmarklet which allows you to test any webpage you’re on in a click. Plus, though they’re a time-based system (ie, you pay for X number of minutes / month, similar to a cell phone plan), they added roll over minutes at one point, which meant I always had plenty of minutes to use. Prior to roll over minutes, though, I would regularly need to pay extra to keep the service going for a month. My plan cost $19.95 / month.

More recently I discovered Browserstack. I’m the type of gent who loves loyalty. I’ve been using tools like Harvest for years and never even think about switching. When someone is first on the scene with a brilliant product, I like to hang around. That said, the idea of “minutes” with any service–whether it be mobile phones, Internet access or browser testing–has always irked me. Who wants to be afraid of testing a few extra things because they might run out of time?

But that wasn’t even the main crux of my decision. Browserstack’s interface is simply awesome.

I don’t need to do much to switch from testing in IE6 on a Windows XP machine to testing in Firefox on a Mac or an Android-powered Samsung Galaxy III. Change a few settings, and the whole things updates for me. With my super wide retina type Macbook Pro, this is a perfect system for me. Take a gander at the quick screenshot walk through below, and give ’em a try when you’re ready to actually make this whole Internet Explorer / Firefox thing a breeze instead of the current pain in the ass it likely is for you. 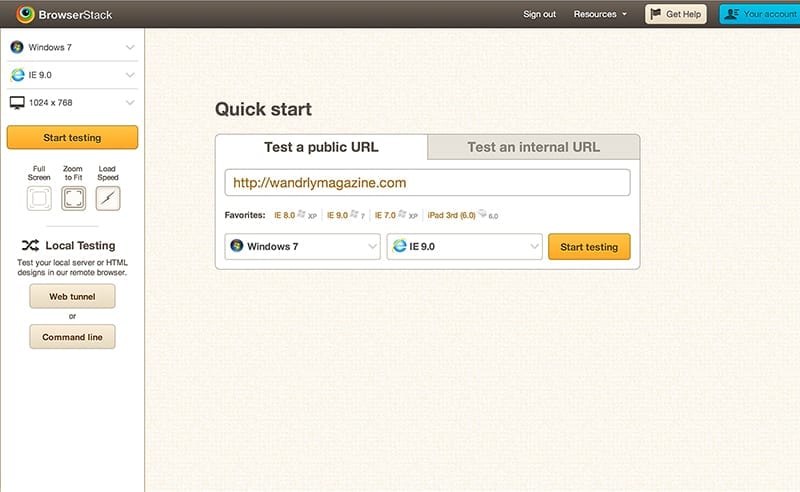 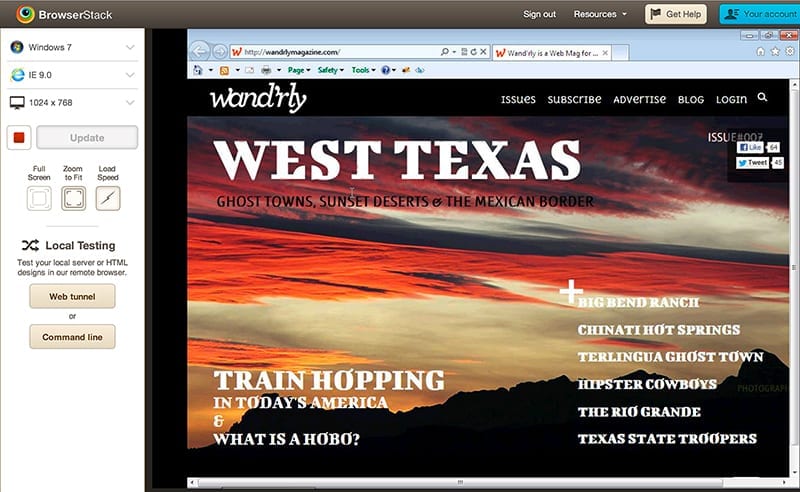 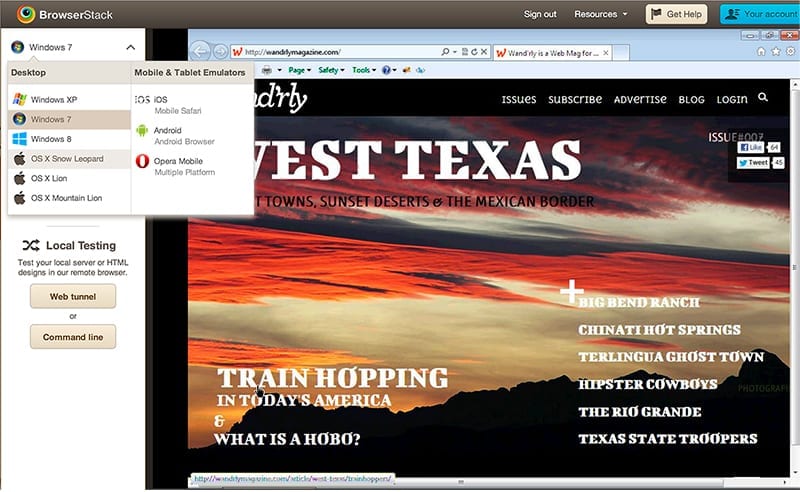