MediaTemple vs. WPEngine: A World of a Difference When it Comes to Support

Yesterday I made a few notes on why I switched from MediaTemple as my host, and indicated that performance was a major issue, along with support. Today I’ll expand on the support situation.

Looking in my MT Account Center, the ten most recent response times are:

That’s an average of 8 hours, 27 minutes per support response. While gathering this information, a message in Account Center shows that the current wait time is 20 hours 0 minutes. I guess if you set the bar that low, 8.5 hours seems like they’re doing better than promised. From their sales page, though:

Your Grid hosting service comes with award-winning 24/7/365 support by chat, Twitter and phone.

So maybe it’s just that the actual support ticket system they have is slow, but via Twitter, chat or phone…

Well, 25 minutes is a heckuva lot faster than 20 hours…except that if you don’t sit there and refresh the page every couple of minutes, you’ll get logged out for being idle. Which means you need to re-initiate the chat, starting that 25 minute clock all over again. If only they had some sort of support pin setup that could keep track of when you started the chat… 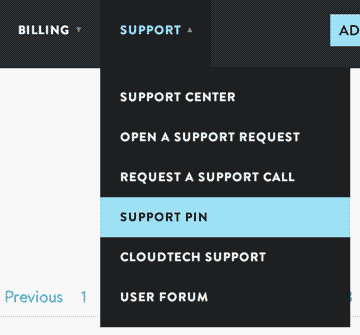 Additionally, here are some actual interactions between myself and MediaTemple:

MediaTemple:
SUMMARY
Due to unexpected memory issues, we have disabled mod_pagespeed on all domains that were using it. There should be no interruption to your service as a result of this change.
DO I NEED TO DO ANYTHING?
No. For any domain that had mod_pagespeed enabled, our systems will simply no longer load this feature.
Me:
Mod_Pagespeed is still loading…I need to make updates to my website and it is absolutely crucial that you guys make it possible for me to turn this feature off immediately.
MediaTemple:
Thank you for contacting (mt) Media Temple. In regard to your issue, it appears that the mod_pagespeed is being referenced within your .htaccess file for clicknathan.com. This could be the reason why it is still being recognized by your site even though the module has been disabled for the (gs) Grid-Service. I would recommend adjusting this file and this should correct the issue you are experiencing.

Note the highlighted bits. They first state that there’s nothing that needs to be done on my end. When I go and find out on my own that my site is stuck in mod_pagespeed enabled mode, then I come back and ask what’s up, they state that I do need to take action. Then there are a bunch of “could” and “shoulds”…

Which was all well and good, and an easy fix, but it’s all around an issue of dropping the ball on their end, asking me to remove code that they inserted in the first place (again, I didn’t mind doing it), and then acting like instead of making sure what was going on would fix my issue, just saying, “Maybe that’ll do it, eh?”

Not to mention that the overall issue here was that they removed mod_pagespeed, an Apache module that helps speed up websites (again, the whole reason I left MT was due to performance issues, and mod_pagespeed could have resolved that). Mind you, they did this back in November of 2013. Ten months later they’ve found time to redesign their front page, and pretty up the account center, but performance and things like this which were removed without input or option to the customer haven’t been addressed. A new front end shows that they’re more interested in new customers than taking care of those of us who’ve been around for several years.

I’ll just leave it at that for now, but suffice to say I have had issues with downtime, slow server response times (despite having their $20 / month MySQL Grid Container to address just such issues), ridiculously slow response times to my support tickets, and have been brushed off one too many times.

Now lets compare this to WPEngine. Here are some response times:

I wish I could list more times, but I’ve only had to request support twice. Sure, I’ve only been with them a short time, but do those numbers show you anything?

Now how about an example of one of those support requests?

Me:
I’m having trouble getting my domain setup properly. I have the A records setup as outlined, but I still get forwarded to the temporary domain?
WPEngine:
It seems as though your primary domain was not set in the domains list. I have gone ahead and set this on your behalf and your domain is no longer redirecting.

Whoa, they set this up on my behalf?! MediaTemple would never, ever just go ahead and do something that I asked them to do. They would point me at ten different Knowledge Base articles, and that would be five hours later. To be honest, I don’t expect any host to just go ahead and take care of a problem, as none of them ever do.

Kudos, WPEngine, you actually go and do what you promise to on your sales page.

Up Next: MediaTemple vs. WPEngine: A Comparison of Performance for WordPress Sites