Select elements (often called dropdowns) suck. They just look weird, especially when you start styling your regular inputs, you might end up getting something that looks like this in a form:

Not the worst, but look at what happens when you start pairing them up with other input elements which we have styled:

I wouldn’t ask my mother’s worst enemy to marry that atrocity, even if it could cook a turkey with one hand while waking up the whole neighborhood with a merry-go-round-the-block in the other.

So what can we do about it?

Here’s the bare minimum you’ll need, and this will give you support for Chrome, Firefox, Safari and IE 10, 11 & Edge (IE9 support outlined below, along with iOS support).

Firstly, all select elements need to be wrapped in a containing element. Them’s just the shakes, kid, you see, :pseudo elements can’t be applied to select elements. So deal with it. For the purposes of this post, let’s say you’re wrapping them all in a <div class="select-container"> element.

There you have it!

Note that last bit is for more modern versions of Internet Explorer.

Now you’ll see this in Chrome:

As far as I’m concerned, that’s “all major browsers”, on desktop anyway.

I don’t think we want that, though. On one hand, you could just not make your selects as small as I have that one, which is completely doable, and it does allow the user to somewhat read the first choice. But if we add this:

Then we get this on mobile:

Finally, if you want to support IE9, you can do the whole conditional stylesheet thing. Add this to your site or page’s head tags:

And then put this into that file:

That’ll fix IE9 up for you like so, by adding a second pseudo element to cover up the default dropdown arrow (which is still there, just covered up now): 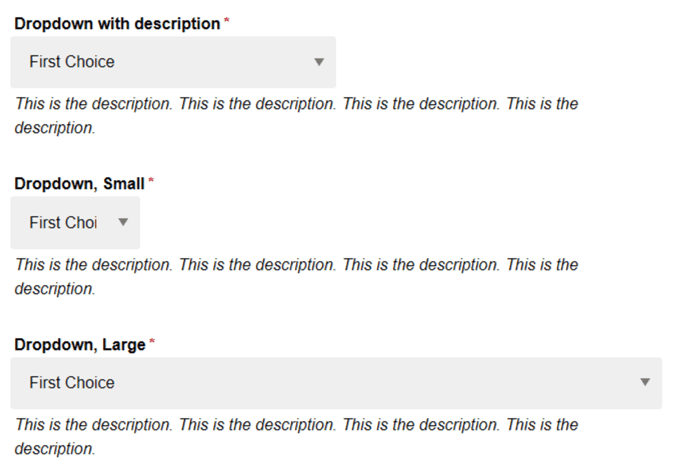 No support for IE8 or below, I guess, though I didn’t really even try given the fact that the future was the year 2000 and we’re half a nation away from a Trump presidency. Figure I should probably go enjoy life while we still can.

Up Next: Simple WordPress Breadcrumbs, Including JSON Examples!