Alfred is the Batman to Quicksilver’s Robin 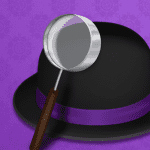 I’ve been using Quicksilver for Mac for years, about as long as I have been a Mac user. Well, unless you count those Apple 2Es that we used to look at green squares on back in the younger part of the 19th century, decade 8. Anyway, Quicksilver, yay, great to have: simultaneously eliminates the Dock and most of Finder’s requirements. The only problem, it took forever to load on startup, no doubt due to my Macbook’s aging career as my web designing machine + home movie player + all around workhouse running 15 or so hours a day whether someone’s using it or not. Quicksilver also seemed to have a problem finding buried folders, something I’m sure could have been resolved, but I never wanted to take enough time to figure it out. Then, the other day, I found out about Alfred.

Alfred is British, I believe. He seems to somehow be related to Sherlock, that ol’ chap who just up and disappeared on Macs after Spotlight took the, um, well, “stage?” Anyway, Alfred does what Quicksilver does, in that it’s a launcher, but it’s smarter about finding Apps & can dig deep into folders. It can also do Google, Wikipedia & Amazon searches. I like all of those but one.

Up Next: One Man & His Experience Installing Office for Mac