I’m awake just before 5am EST, though I’m on the West Coast so it’s still a somewhat respectable hour. I’ve already had a few hours of sleep but a heat wave and a talkative neighbor had me rolling around for an hour or so, and now here I am, dressed again and uncertain of what to do. So I decided to look up some information on the past day and it’s Summery Solsticity.

Beginning tomorrow the days will begin to grow shorter again, all through the summer and fall and only lengthening themselves again with the passing of Yule. But it’s an interestingly gradual slope. Today was reported to be 15hours, 41minutes and 19seconds long. Tomorrow will be just two seconds shorter than today. The day after 11 seconds shorter than that, the following day 16seconds, 20seconds, and so on and so forth, until in July we start to lose a minute or more everyday; in September we start to lose as many as 3minutes 10seconds per day, when it starts to round itself out and after a few weeks of consistently hovering around that area we start to lose less time everyday, though the nights do continue to come earlier and earlier.

The whole thing makes me think of Earth as a giant yo-yo floating off of the sun’s up-and-downy fingers. 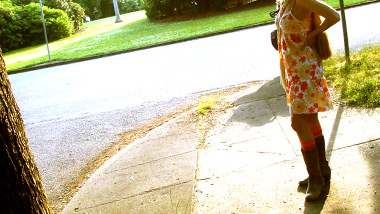 Up Next: All Across America 2007: A Family Roadtrip