Frolf is a Good Time

Three deep (no real comparison to last year’s crew) we found our way, green and under leaf with 24 oz. PBRs abundant, through the Pier Park Frolf Course. Towering giant trees splayed their spindling appendages across the sky, ceiling up our overhead and dropping flecked shadows to dance with the sunbeams over the ground and our footsteps. The floor of the forest was surreal, a virtual carpet of well kept grass, the trees spread out to give each other ample elbow room and very little undergrowth otherwise. A set of shorties came running by holding either end of an RJ10 cable and claiming that it would keep them from getting stolen, which it had apparently fulfilled its promise up and unto that point. They asked to throw our frisbees, but wouldn’t give up their names. Good kids, I wager.

But as much fun as 18 holes of frisbee golf can be, the allure of a couple of picnic benches, a pipe for the packing and a well deserved smoke break just couldn’t be avoided, and we talked into the waning light of evening before Webster suggested we climb a few trees using his professional tree climbing gear (the man is a pruner of trees for his living.) He pulled from the backseat of his car a belt, thick and bearing pockets, attachments, etc. galore and similarly striking me as the most impressive toolbelt I’ve seen in all of my tenure on this planet. The belt dripped two straps around either thigh and was then secured securely secure to a rope, which was pitched over the highest available branch. Everything about the procedure was mildly absurd but executed with such grace by the man that I couldn’t help but find an amazing inspiration in it all, like a 5 year old watching a 10 year old pop bunny hops off of a curb, it was so proficiently perfect that I couldn’t wait to try. But first, and effortlessly, he began to scale the rope, using various knots and footholds to keep himself headed up, then kicking his legs out and swinging to a nearby branch, he found both of his feet on the limb only to dive off into the air again for some high-flying antics.

When I would try the entire procedure myself later I would, as I’d expected, find the process infinitely more difficult than it seemed while he was pulling it all off. Nonetheless, I scaled the rope sufficiently high enough to find myself swinging airborne, spinning around the rope, watching the remaining pieces of twilight disappear between the leaves and imagining what kind of a world it would be if there weren’t moments like this, people with jobs that would seem absurd to the average cubicle worker, jobs that allowed them to rig up a rope swing after a game of frolf and not think twice about why it should be done, just that it would be a shitload of fun. 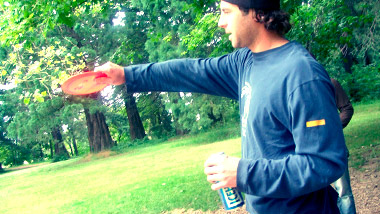 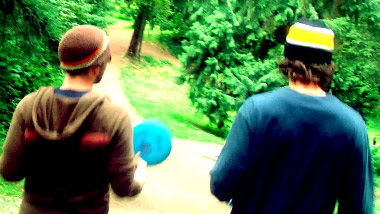 The woman and I having a marital: 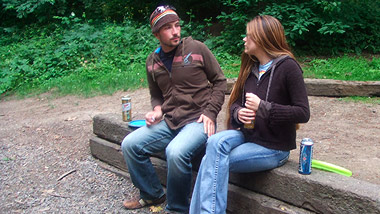 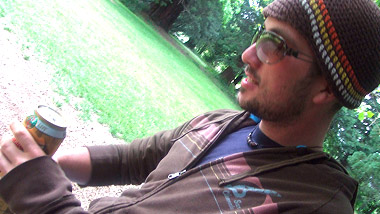 Up Next: Raising the Sun